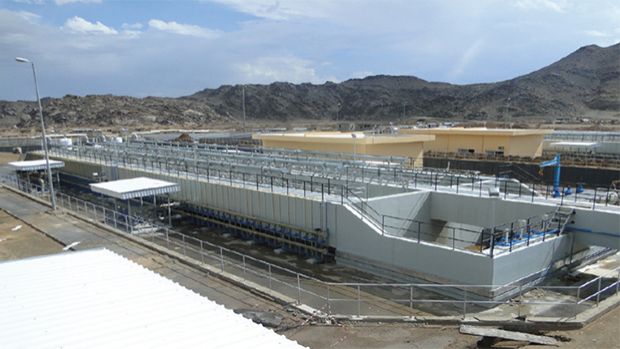 Task: To treat wastewater in order for it to be used in irrigation in Najran, southwestern Saudi Arabia.

The Solution: Wetico was commissioned to construct, install and operate a sewage treatment plant in Najran, near the border of Yemen, in order for the bacteria-free water to be used for irrigation purposes.

Najran is set in the mountains. Its capital city is very fertile, while on the outskirts begins the Empty Quarter desert, or the Rub Al Khali. The area is home to extensive agricultural areas and is known particularly for its production of fruits.

Wetico built the plant, which uses a membrane biological reactor treatment system, in a limited time of 24 months. The membrane biological reactor modules are very sensitive to high temperatures and to sunlight, which complicated the installation process. Still, the huge project was concluded on time, and soon after completion the tanks were covered with sheet and filled with water.